We have close to 20 years of experience advising companies and investment funds on strategy, M&A, IT projects, digital transformation and organizational design. Our professional objective is to deliver real value to our customers.

We have experience as software developers, IT Engineers, Finance managers and as consultants in a large variety of positions and challenges.

Connected to the world

Getting the experience from someone that faced the same problem is usually the easiest and fastest way to overcome a similar situation. We are active members of the different global and local communities:

World is changing and so we must do. Our current areas of further development:

From analysis of the problem to implement the solution:

We also perform interim services for different positions in general management, finance and IT for companies and investment funds in special situations.

Jose received a Spanish and French education in the Lycée Francais de Madrid and developed a strong interest in mathematics and physics. He then studied Telecommunication Engineering (Electrical and Mechanical) in Universidad Politécnica de Madrid.

He began his career in start-ups in Madrid and New York. (Bodaclick and Visible World) Then he led several teams in the design and implementation of large systems in aerospace companies (Indra).

Between 2008 and 2011 he worked on a consulting team of a global telecommunications operator. (Bristish Telecom)

Since then, he worked in several leading international strategic consulting teams (AT Kearney, Roland Berger, Monitor Deloitte) in different types of projects and finally founding his own consulting company MorenoFraile in early 2020.

B2B and B2C types of companies

Experience in B2C and B2B models.

Lived and worked for long periods (>3months) in different countries besides Spain such as United Kingdom, United States, Denmark, Brazil, South Africa and Perú but with customers all around the globe.

We had the opportunity to work in different sectors:

We have helped clients in multiple sectors and across the globe:

“The team helped to create the B2B vision, the new organization and to run the strategic plan and financial planning for several years”

“After a large carve-out, it was necessary IT senior experience and hands-on methodologies to underpin a major IT transformation” 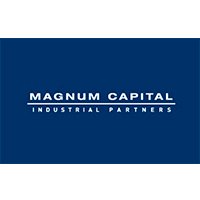